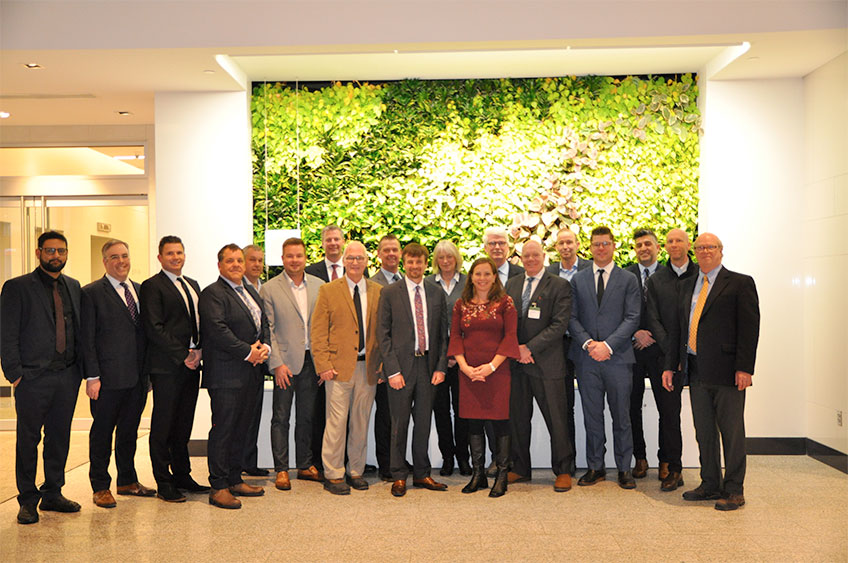 OTTAWA—February 27, 2020—Today, National Marine Manufacturers Association (NMMA) Canada members, together with boat dealers and yacht brokers are on Parliament Hill meeting with dozens of parliamentarians, Ministers’ offices, and government officials to promote a message of competitiveness and job creation at the annual ‘Recreational Boating Day on the Hill’.

“The recreational boating sector is a huge contributor to Canada’s economy, adding $5.6 billion of GDP and supporting 75,000 jobs,” said NMMA Canada president Sara Anghel. “At the same time, the industry has faced major recent challenges with the damaging countermeasure tariffs on US boats imported to Canada and the threat of a new 10 percent luxury tax.”

The Prime Minister’s mandate letter to the Minister of Finance includes a proposed luxury tax of 10 percent on cars, boats, and personal aircraft over $100,000. Boats impacted include fishing boats, pontoon boats, ski/tow boats. According to Anghel, there is strong evidence that similar luxury taxes tried in other jurisdictions have backfired.

“The US government imposed a very similar luxury tax on boats in 1990 and projected $36 million in revenues,” noted Anghel. “In the end, the tax was repealed – but not before gutting thousands of jobs in the boating industry and resulting in a net loss of $8 million due to unemployment insurance claims and lost tax revenues.”

“Luxury taxes in other jurisdictions like Italy, New Zealand, and Norway have led to similar outcomes and were all repealed,” she added. “There is no reason why Canada has to join the list of countries that have tried this failed experiment.”

NMMA Canada also challenges the notion that recreational boating is a ‘luxury’ pastime. In fact, 12.4 million Canadians go boating each year – and nearly 60 percent of those people have an annual household income of less than $100,000.

“There’s a popular myth that recreational boating is all private clubs and fancy yachts, but that couldn’t be further from the truth,” said Anghel. “Millions of middle-class Canadians choose to purchase boats and enjoy time on the water with family and friends while stimulating the economy.”

While Anghel recognizes the need for the government to diversify its revenue streams, she says that a luxury tax on boats is not the answer.

“We are ready to work with the government to find new ways to generate revenue,” said Anghel. “But we simply can’t support a new tax that would severely damage the boating industry, put thousands of good jobs at risk, and potentially put government finances further into the red.”

The National Marine Manufacturers Association (NMMA) is the leading association representing the recreational boating industry in North America. NMMA member companies produce more than 80 percent of the boats, engines, trailers, accessories and gear used by boaters and anglers throughout the U.S. and Canada. The association is dedicated to industry growth through programs in public policy advocacy, market statistics and research, product quality assurance and promotion of the boating lifestyle. For more information contact Sara Anghel, President at 905.951.4048 or sanghel@nmma.org.